Showing posts from October, 2018
Show all

Britney Spears Oops!... I Did It Again Full Album Reaction and Review 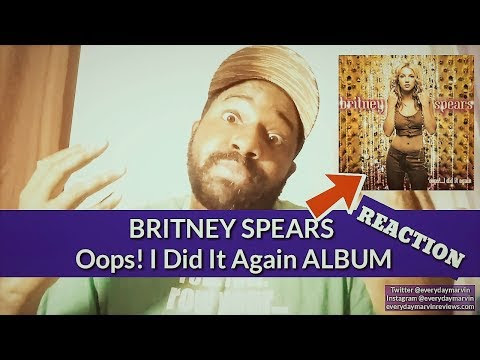 BRITNEY SPEARS - OOPS!... I DID IT AGAIN (FULL ALBUM REACTION) & REVIEW Were you looking for Britney Spears Oops!I Did It Again full album reaction and  review  video? Because I know you were! This is why I took time out to sit down and   re-listen to  Ms. Spears sophmore album. It was quite an interesting listen. This britney spears no autotone for just about sure! I found myself singing along to several familiar Britney Spears lyrics on this album. So without further a do  lets' get to it. The  first song is the titular "Oops!...I Did It Again" song. This was the first single off of the album and  for  a very good reason. It is  without the most  catchy thing on the whole darn  thing. Several songs try to come close but they really can't beat it. It  especially helps since the music video that came along with this song also  forever  left visuals of Britney Spears dancing around in a red spandex on  another planet somewhere. lol The  chorus is one
Post a Comment
Read more
More posts