The outside of the building looked  interesting to me upon arrival. I found the inside even more  so. When I went in with my friend it seemed to be a spacious place and  went pretty far down what seemed like a corridor.

There were not  a bunch of people originally but looks can be deceiving. I spent a few  minutes looking at ice cream menu which appeared to be on a blackboard of  sorts.

Most of the flavor  names came off as unique and  special. The one that caught my eye was the “Beauty and the Beast”. It  included vanilla and strawberry ice cream with nutella chunks thrown in.

I was like this seems like a  cool choice and my friend ended up going with the  key lime pie one.

The price came out to be  $5.99 plus tax. We took our seat and  we watched as the workers started to work on  ours and several other peoples’ orders.

It was  different watching  the ice cream be rolled up to be placed in a cup. In most ice cream or  frozen yogurt places they use scoops but they were using scraping utensils. This also seems to slow down the process a little bit too since they really have to  dig in to get the rolls done correctly.

My friend’s order came in  first believe. Then I had to wait a little while for mine to  appear.
Let me tell you it was worth it!

It  was totally delicious a new way to enjoy ice cream. I was also surprised by how thick  my serving was. Rolling the ice cream up really does allow for them to add more ice cream in  a cup i think. It felt my like my serving truly had some body to it!

I was  very satisfied with my order and I would and will be going back to try  some of the other flavors that sounded good.

So you may wonder the freezing cow college station prices?

They seem to only have one serving  size cup I believe and the price is  5.99 plus tax currently.

You may also wonder the freezing cow college station hours?
Their hours seem to go as follows according to google…

You may also wonder about the freezing cow rolling ice cream menu?
They seem to have various  flavors to choose form so everyone should find something they like. They also seem to add new flavors  all the time.I will place a pic here for you to look at!

Freezing cow ice cream roll shop so good u should try for sure!

Popular posts from this blog

DON'T MISS OUT Click Here Freebird Rides SAFE/LEGIT? Review & $100s in BONUSES!!!
CLICK HERE FOR $20 IBOTTA APP CASHBACK CODE PLUS $200 BONUS
So recently i decided to try out  this new app that will allow you to receive  rewards back for using  ridesharing services.

So the question really becomes who doesn't want to be rewarded for doing things they already do? I know I like to! So this is where the freebird rides app comes into play. I am going to go over my overall experience with this app and how you can benefit from it STARTING TODAY!

(Download Lucky Day & input code HTOQN3M for 100,000 FREE COINS NOW!)  CLICK HERE FOR  LUCKY DAY DOWNLOAD!!!DOWNLOAD  FREEBIRD RIDES APP & GET PAID TO RIDE UBER & LYFT TODAY
INPUT $10 CASHBACK BONUS CODE: V6918
DOWNLOAD LYFT & USE CODE FOR CREDITS: MARVIN398175 DOWNLOAD UBER & USE CODE FOR CREDITS: marvinw684ue
CLICK HERE Learn MORE ABOUT FREEBIRD RIDES HERE!!!
CLICK HERE FOR $20 IBOTTA APP CASHBACK CODE PLUS $200 BONUS
So you  want to make money with your phone? Well there are definitely simple ways to do it! I have actually found four options that just about anyone can do. These  include  the  following apps: Lucktastic, Make Money app, PERK Scratch and Win and the Lucky Day app.

I have personally  downloaded  each one of these apps and have had  various experiences with them.

This  blogpost is all about  what happened to me after I chose to  download these on my  Samsung Galaxy Note 3  smartphone. 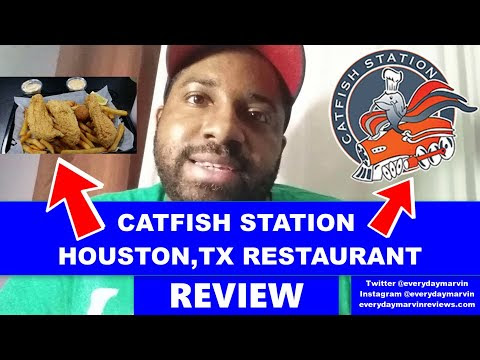 I want to welcome you to my Catfish Station Jones Road Houston Tx restaurant review. My question here is if this best place for fried catfish in houston tx? Or if you are looking for the best fried catfish in houston tx.
I have provided my freebird app promo code here: V6918 IF any of you who want try freebird rides app and get an additional $10 bucks back.
(As a disclaimer if you decided to action on any of the offers made in this post I will receive compensation for it. Thank you in advance! It helps to support my channel.)


Well after his review you should have your answer. Or if you are looking for the best place for fried catfish in houston tx.

Hi! My name is Marvin of Everyday Marvin and I do reactions, reviews and commentaries to random things, basically. I was recently in the houston tx area and I decided to try out a few local restaurants.

Whenever I am out of town I try to make it my goal to try a couple of places that I know I can’t try back in my hometown. I think I su…
Read more